Since 2007 I have  been photographing weddings using my infrared camera and many people have asked me about what infrared photography actually is. I thought I would create this post explaining some of the differences between regular, black and white, and infrared images that I capture during the wedding day.

Everyone is familiar with the regular color and black and white images. I present two such images below. Drag the slider to left and right to reveal the differences.

Below is an example of a regular and a black and white image.

Drag the slider up and down to see the changes.

Here is a wikipedia (technical) entry regarding infrared photography: In infrared photography, the film or image sensor used is sensitive to infrared light. The part of the spectrum used is referred to as near-infrared to distinguish it from far-infrared, which is the domain of thermal imaging. Wavelengths used for photography range from about 700 nm to about 900 nm. Film is usually sensitive to visible light too, so an infrared-passing filter is used; this lets infrared (IR) light pass through to the camera, but blocks all or most of the visible light spectrum (the filter thus looks black or deep red). (“Infrared filter” may refer either to this type of filter or to one that blocks infrared but passes other wavelengths.)

When these filters are used together with infrared-sensitive film or sensors, “in-camera effects” can be obtained; false-color or black-and-white images with a dreamlike or sometimes lurid appearance known as the “Wood Effect,” an effect mainly caused by foliage (such as tree leaves and grass) strongly reflecting in the same way visible light is reflected from snow. There is a small contribution from chlorophyll fluorescence, but this is marginal and is not the real cause of the brightness seen in infrared photographs. The effect is named after the infrared photography pioneer Robert W. Wood, and not after the material wood, which does not strongly reflect infrared.

The other attributes of infrared photographs include very dark skies and penetration of atmospheric haze, caused by reduced Rayleigh scattering and Mie scattering, respectively, compared to visible light. The dark skies, in turn, result in less infrared light in shadows and dark reflections of those skies from water, and clouds will stand out strongly. These wavelengths also penetrate a few millimeters into skin and give a milky look to portraits, although eyes often look black.

Below is a comparison of a black and white image and an infrared image.

Drag the slider to see the changes.

Here are additional examples of what infrared wedding photography images look like after being processed, 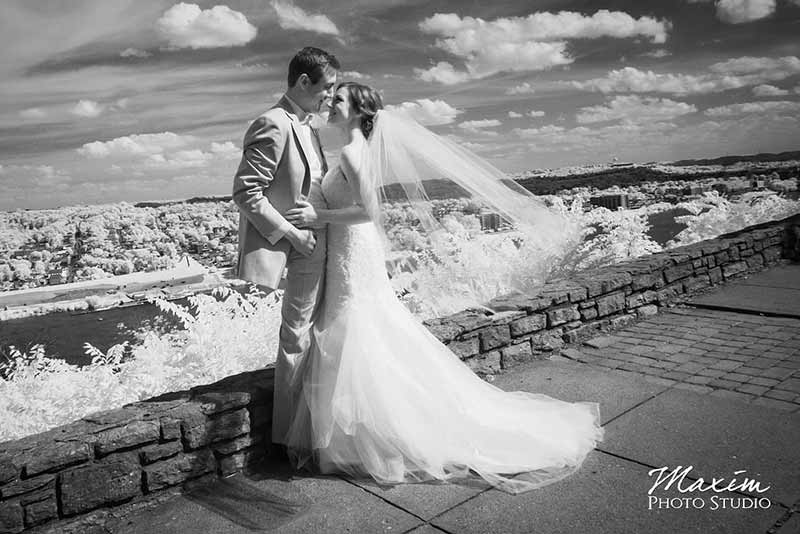 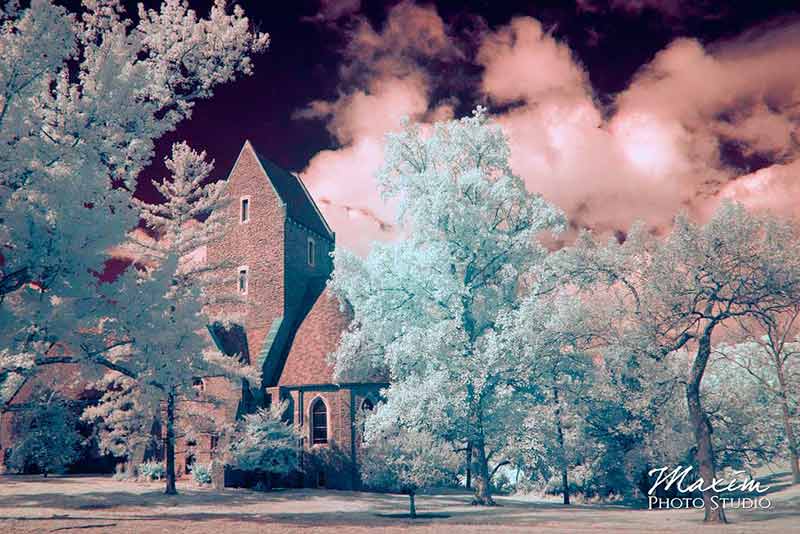 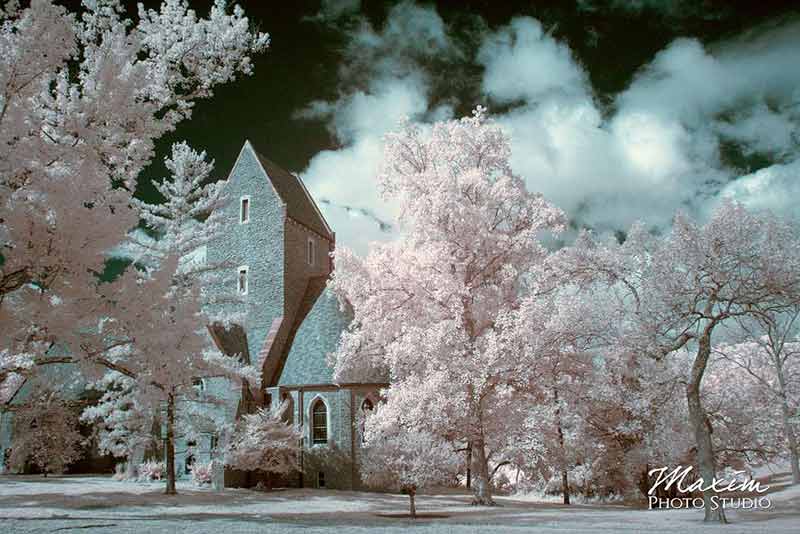 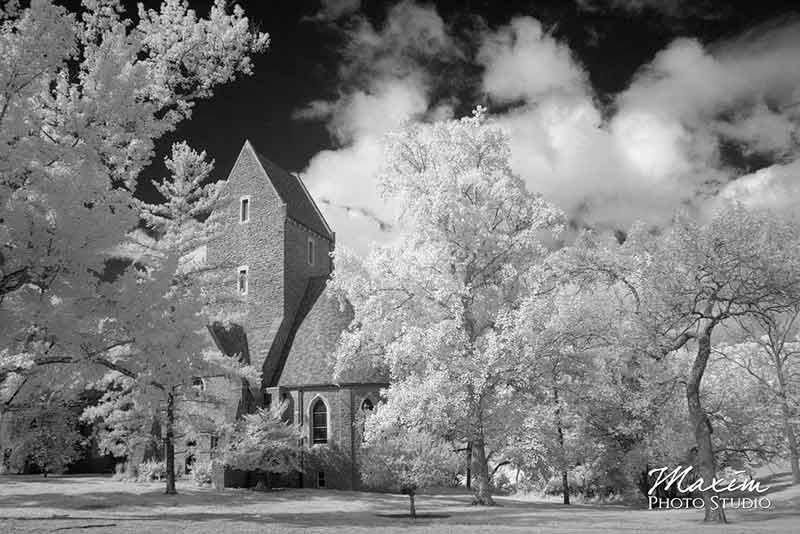 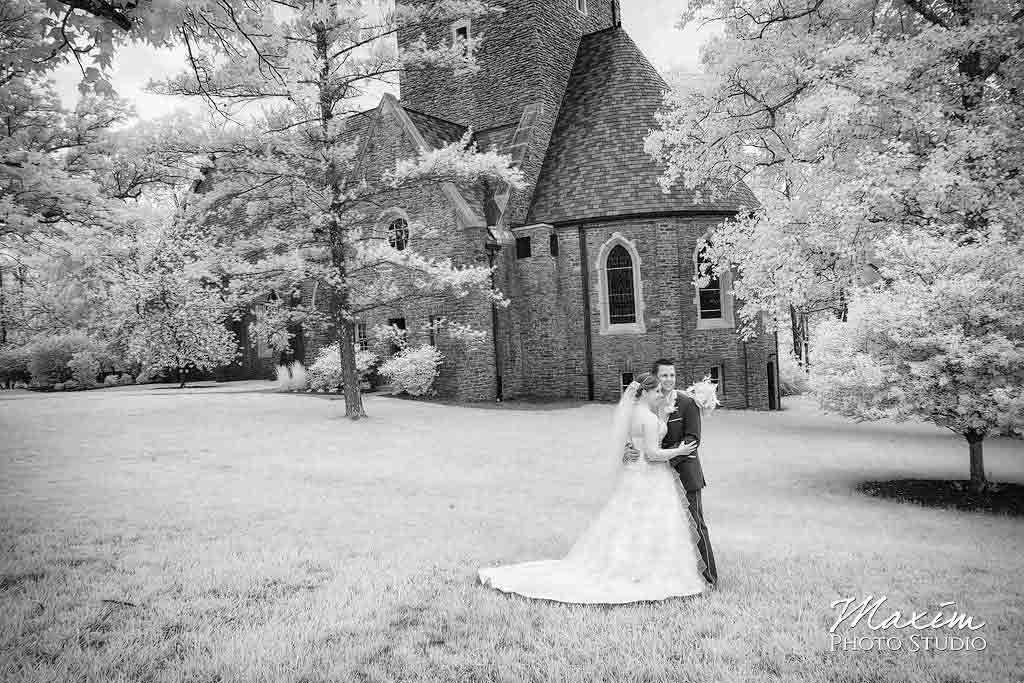 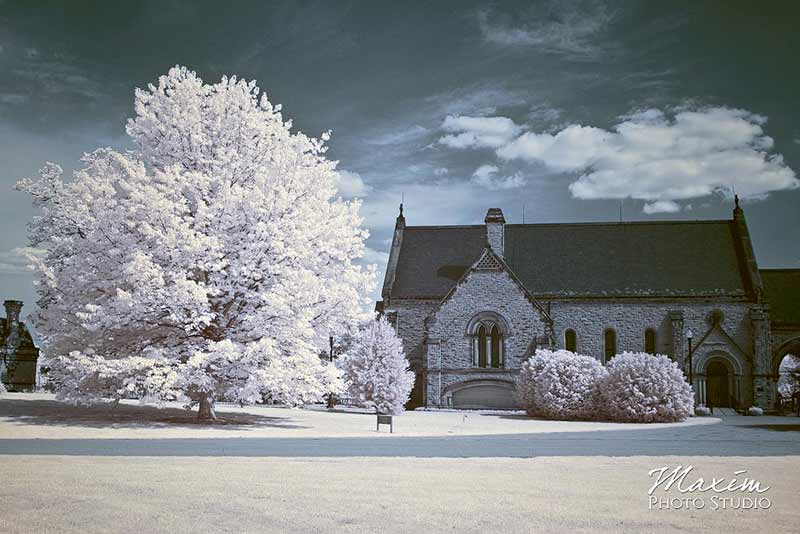 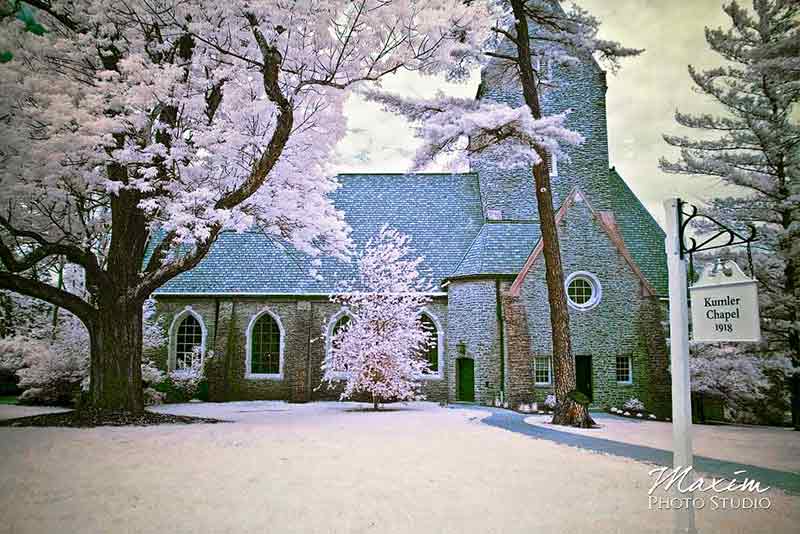 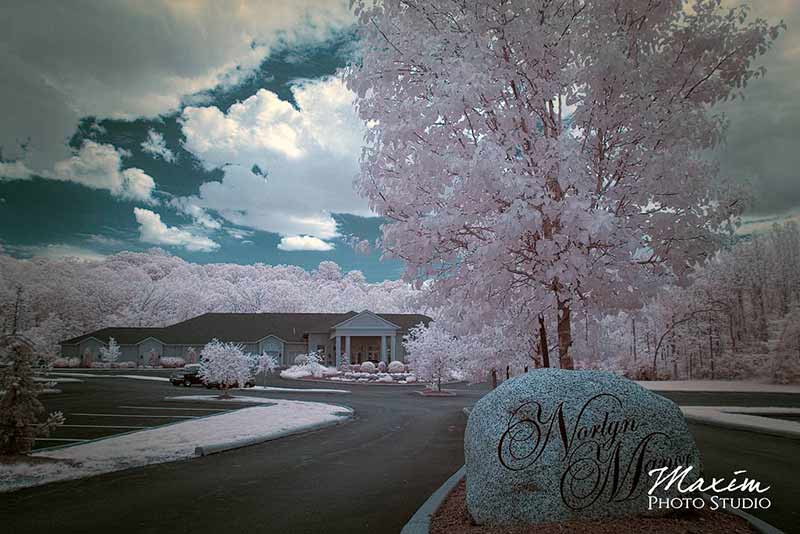 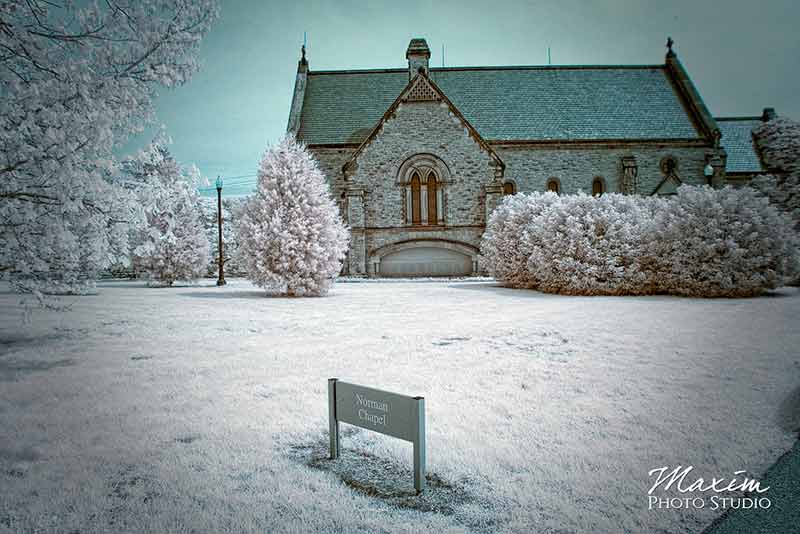