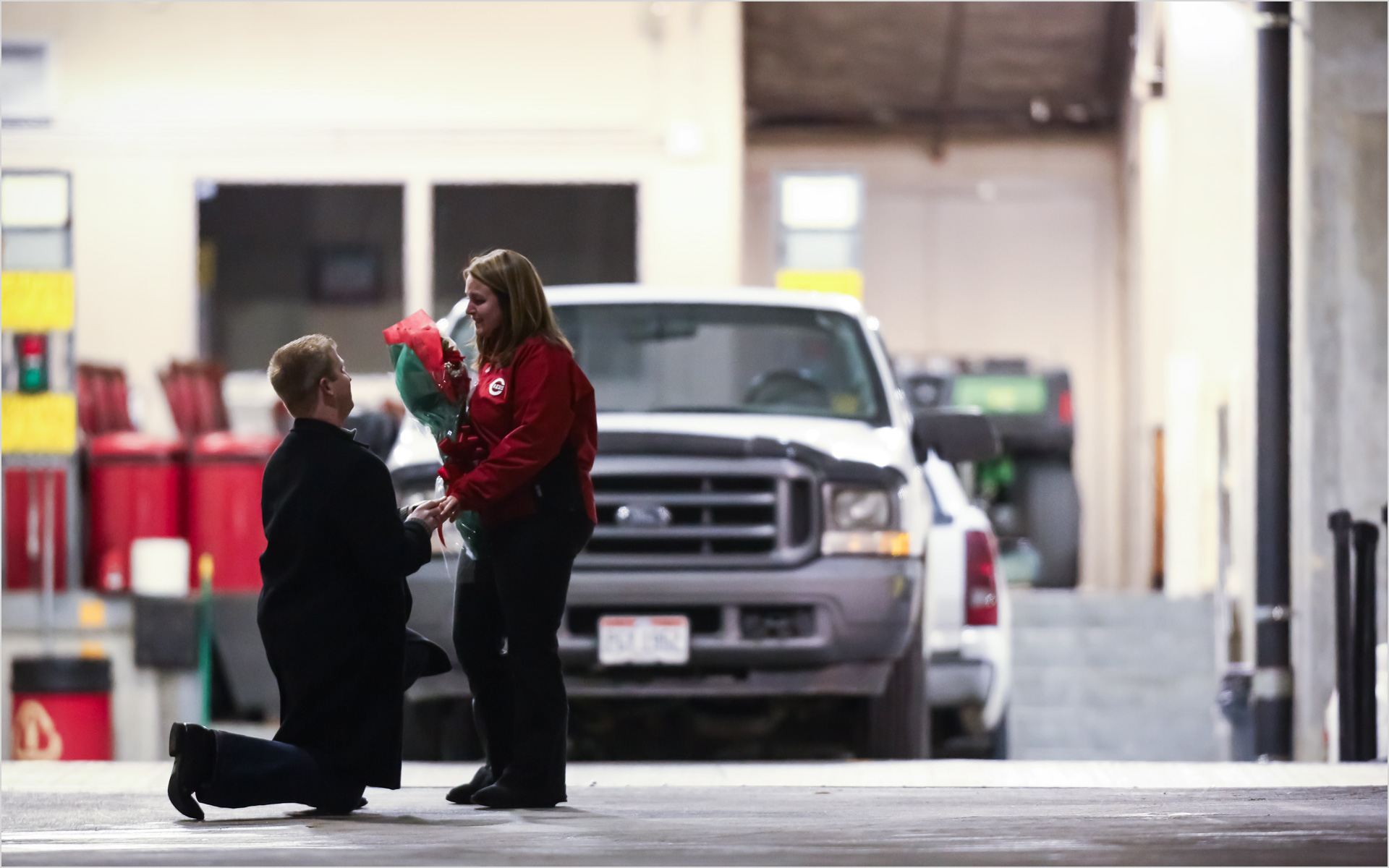 On Monday I photographed Jason’s secret Cincinnati Reds Wedding Proposal at the Great American Ballpark. Jason, as many of my blog readers know, is a well known DJ with Party Pleasers Services and when he asked if I could help him capture the special moment, I immediately jumped at the chance.

After agreeing to capture the proposal, two things immediately came to mind. First, I needed to capture the video with crisp audio because I was going to be about 60 yards away from the “action” and second, I needed to be inconspicuous. Since Jason first asked Becca out at Gate 1 at the Great American Ballpark, it was a perfect location for a proposal. The difficulty with this setup was that there were no places to hide in plain site. So I had to bring out my “big gun” cameras. Here was my setup: 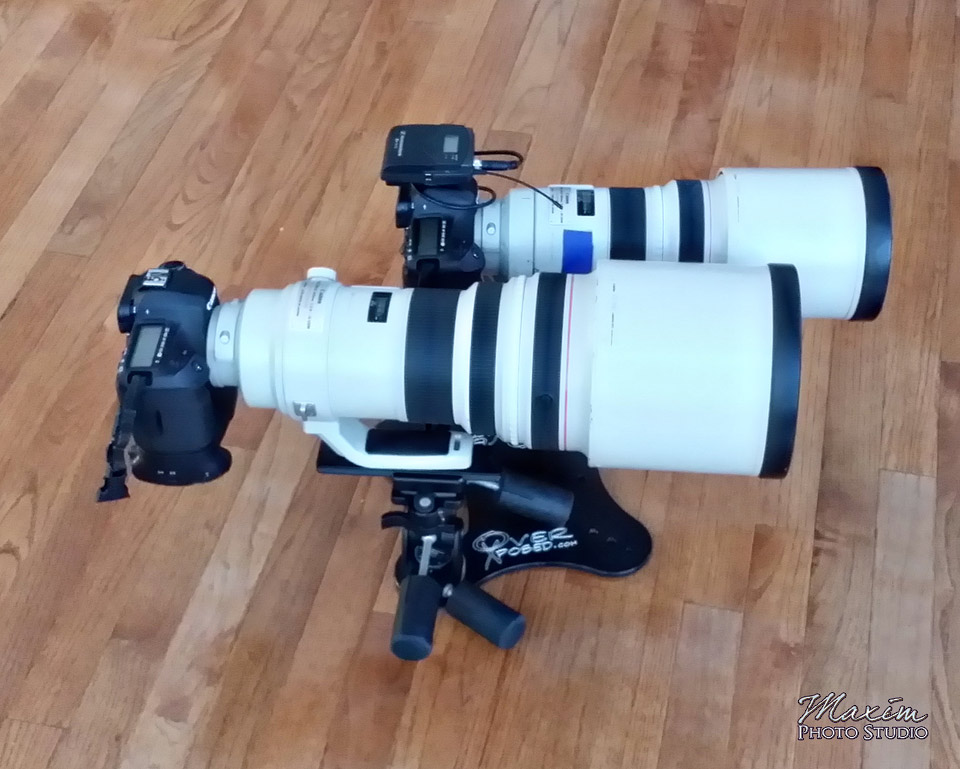 I brought out my 300mm 2.8 L IS lens on which I captured the video and audio. You can see the lavalier microphone on top of the camera body. I also brought out my 400mm 2.8 L IS Lens to capture the photos. The 400 allowed me to be 60 yards away from Jason and Becca as I lay on the ground covered underneath a black dropcloth and still be close enough for a closeup shot like this.

Of course, the most valuable asset in this proposal had to be the video and audio. I wanted to make sure that I captured the proposal video and audio clearly. This was also tricky, so I had to position my video camera behind a dumpster and cover the lens with a trashbag so that secret wouldn’t be revealed before Jason asked the question. I also hid the wireless microphone on Jason and told him to not move from his spot. Since the video camera was going to be unmanned, I had to set the focus manually to where Jason was standing. If Jason, was to move from his mark, then the proposal would have been blurry. You can see from the video that Jason did as I suggested and didn’t move from his mark and asked Becca to come to him.

Here is Jason and Becca outside of the Great American Ballpark a couple of minutes after the proposal. 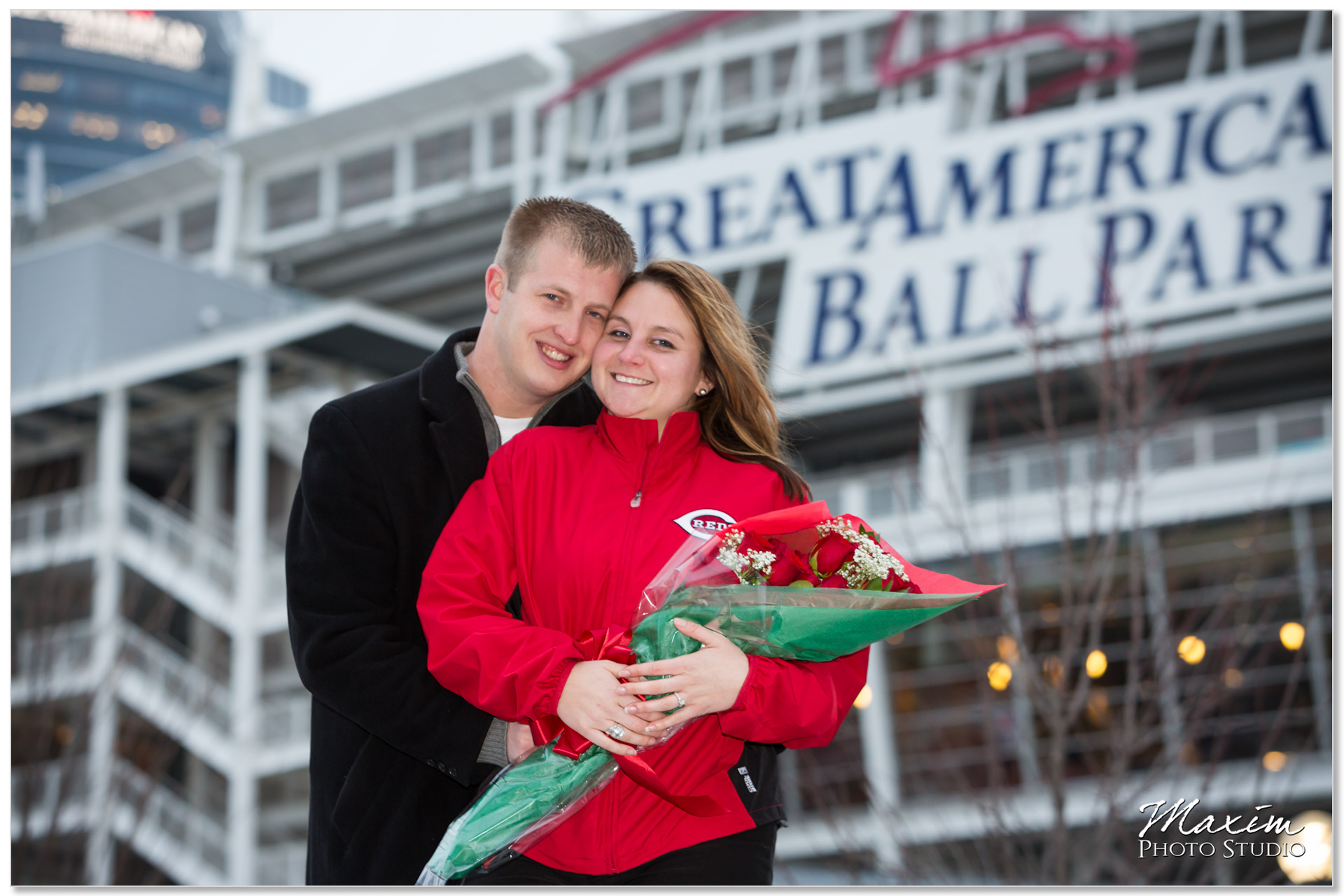