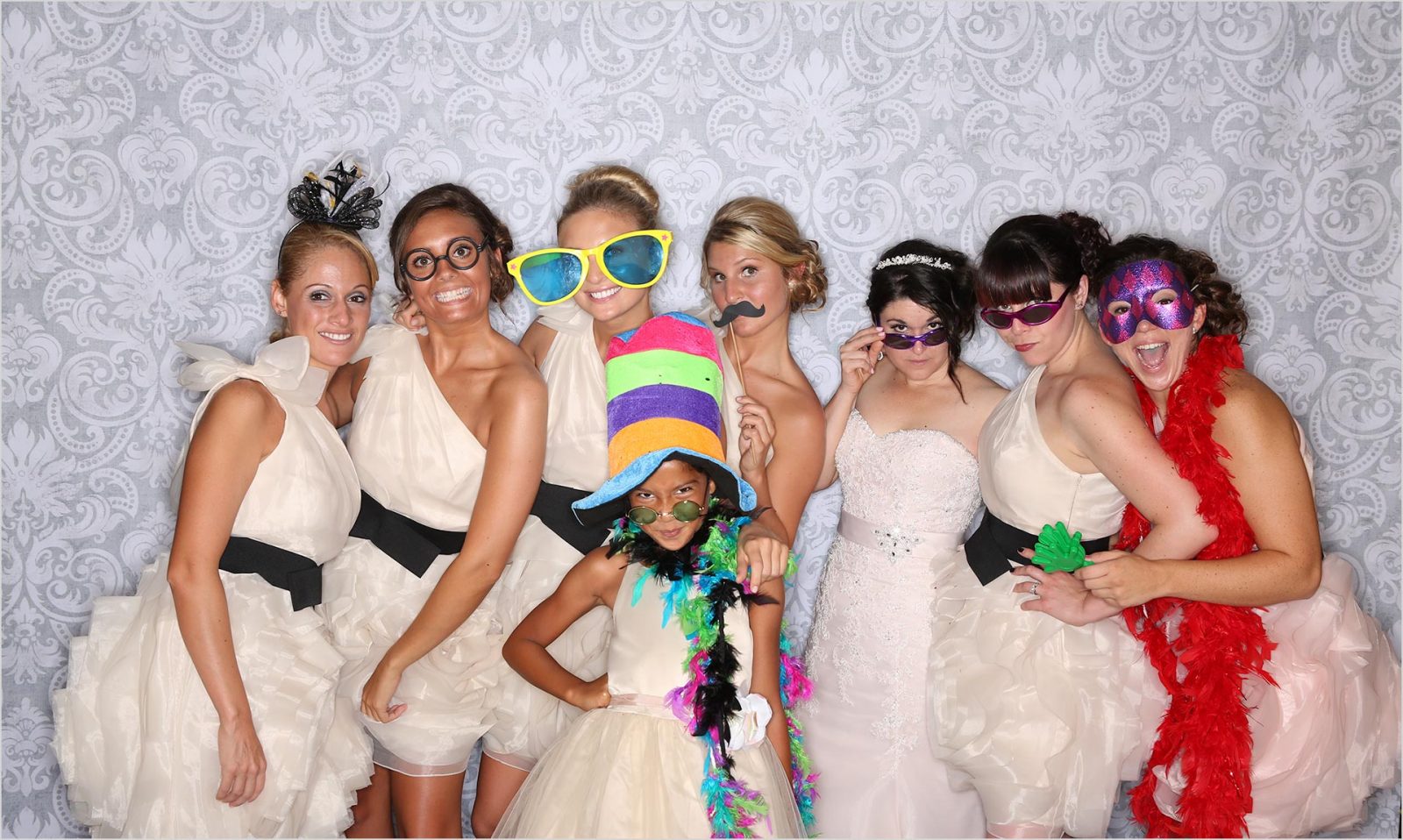 On Sunday I tried something a little different for my Live Photo Booth setup at Shannon and Jeff’s Wedding at Cincinnati Club. Ordinarily, our photobooth consists of a 10×10 backdrop with props and a flash. We are able to print 4×6 or 5×7 prints on site in about 6 seconds per print and give them to each guest. On Sunday, I wanted to try a video Live Photo Booth, which included two large softboxes with Hotlights and a video camera. I set the video camera to record the action, while I photographed the guests. You can actually see the flashes going off during several clips in the video below. The difficult part was to explain to the guests my vision of the slow video which would result from their movement. I tried to include various “action” items, like bubbles and streamers which worked out fairly well. The best motion was captured when the guests interacted with each other which looks really cool in super slow motion. Enjoy the video and I’ll try setting up another slow motion live photo booth when I setup our Live Photo Booths at our weddings at Ault Park in Cincinnati on October 26th and at Hilton Garden Inn in Beavercreek on December 31st.